John Hopper is a serial entrepreneur, and serves as the Founder and Majority Shareholder of The Greatest on the Planet, a full service human centric business consulting firm with an international reach.

John Hopper is considered one of the leading global minds on what’s next in culture, marketing, sales and operations.

John is described as one of the most forward thinkers in business. John understands how to bring brand relevance to the forefront.

John has been described as having the ability to take an incredibly complex problem and break it down into a very simple and easy to tackle task.

John Hopper is an entrepreneur at heart — he builds businesses. Today, he helps small and mid sized businesses in all 50 states and Canada. John has invested in many of the businesses he consults for and is now a shareholder of those companies.

In addition to running multiple businesses, John documents his life daily as a business leader through his social media channels which has more than two million interactions each month across all platforms. 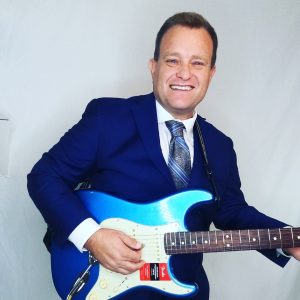 Born in 1972 John grew up in Garden City Michigan until 1985; when his parents divorced and John went to live with his dad who himself was an entrepreneur. John’s grandfather was also an entrepreneur. It is safe to say John came from a family of successful entrepreneurs. While it wasn’t expected or demanded that John also be an entrepreneur it was in his blood from the time he was born. His family didn’t know any other way.

The years in Garden City were not good. John was born to young parents with his mother being 19 and his father being 21. Babies raising babies. While one could say they were young and didn’t know better it did not lend to a pleasant childhood. John endured years of mental and physical abuse until eventually in 1985 child protective services stepped in and removed John from the house. Leaving that house was one of the happiest days of John’s life.

John was on his own at 16 years old. Living at his friends and grandma’s house through high school and college he did what he need to do to survive, to make it to a better tommorow.

John started his first bootstrap business at age 16. The business was known as Grasshopper Landscaping. It was a poorly run operation with no LLC, Incorporation and didn’t even have a business bank account. It did however make money.
From 1991 to 1999 John was either a student at work or a student at school but the 1990’s were all about learning.

While John came from a long line of entrepreneurs that didn’t mean he got help. Just the opposite was true, he got zero help. He would hear them say “well you’re doing more than we ever did so we can’t help you”. There was ZERO HELP from anyone.

The fact that John didn’t get help drives him to help others. He very much understands people start at a disadvantage and he wants everyone to succeed. 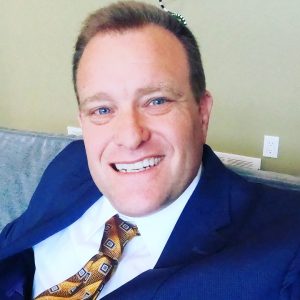 In 1999 the company John had been working for was sold to a large New York city based investment firm. Within Six months John quit that job and started his own firm. Since 1999 John has not depended on a paycheck from anyone. Many challenging times including the Dot Com crash of 2000, the 9-11 terrorist attacks, the financial meltdown of 2008 and none of it stopped the drive to succeed and win at everything he does.

Over the past two decades John has employed well over a thousand people with payroll in the tens of millions of dollars. When it comes to business and people and understanding how the two connect John is considered top of his field

The success of The Greatest on the Planet is unmatched in what it accomplishes and the Five Star testimonials from past and current clients are numbered in the hundreds. 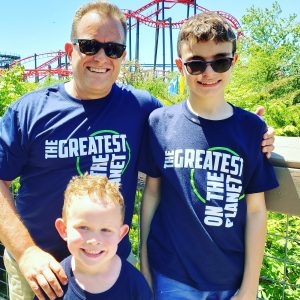 Some of John’s favorite things include complex problem solving, children, making money, travel and fashion. John has an extensive wardrobe and prides himself on being a nice dresser.

John and his son Barron host a show which is broadcast on Facebook, Youtube, Linkedin, Twitter and Daily Motion on Sunday and Thursday night called THE JOHN & BARRON SHOW

John’s life moto is “I invest my time into businesses, my children and having fun. I waste the rest of it”

If it were easy everyone would do it.